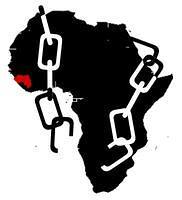 The Portuguese were the first to arrive in Guinea, in the fifteenth century, opening the slave trade, depopulating the country and associating this area the sad name of the Slave Coast.
Former French colony, was occupied in 1890, gained independence in referendum in 1958, but France did not respond diplomatically to the referendum and left the country immediately, without training the next generation of bureaucrats, leaving the country in a state of confusion, from then until 2010 have followed three governments ruled dictatorially.
coinmama review